On 28 February 2021, Yad Vashem held an extraordinary event marking the retirement of Avner Shalev after 27 years as Chairman of the Yad Vashem Directorate.

The event, broadcast live on Yad Vashem's YouTube channel in the presence of Shalev, included prerecorded messages from heads of state, partners and friends in Israel and around the world. Interspersed throughout the program were short film clips summarizing the tremendous efforts and achievements that embodied Shalev's tenure as Yad Vashem Chairman. During his three decades of service, Shalev's vision was the guiding force in transforming the Mount of Remembrance in Jerusalem into the World Holocaust Remembrance Center, and bringing Holocaust commemoration and education, research and documentation into the 21st century and beyond.

The first two honored speakers were both Holocaust survivors: Rabbi Israel Meir Lau, Chairman of the Yad Vashem Council, and Colette Avital, Chairperson of the Center of Holocaust Survivors Organizations in Israel.

"Avner Shalev lives Yad Vashem, and gives life to Yad Vashem,. Your legacy [is] complete identification with Holocaust remembrance, and with the last will and testament of the martyrs."

"You [Avner] came [to Yad Vashem] with big plans. Plans that nobody believed could be implemented. Over the years, through all of your work, you made sure to include the survivors, to hear their voices, to consult with them, to learn from them, to listen and be inspired from their stories and their strength."

"This respectable institution has become a world leader – as a Holocaust research center, for the commemoration of those who perished and their communities, and for passing on the legacy of the memory to future generations."

Israel's Prime Minister Benjamin Netanyahu highlighted the role Yad Vashem has worldwide and the impact of Shalev's directorship on the stature of the institution.

"What has motivated you throughout your life is a great sense of mission. Under your leadership Yad Vashem developed impressively…with [the establishment of] the International School for Holocaust Studies, the continuing growth of the Names Project, with a museum..., with technology, online exhibitions, digitization, online exhibitions and other state of the art tools for Holocaust education in the 21st century."

Netanyahu concluded: "I'm sure you will continue contributing to Israeli society, to the country and the nation."

Yad Vashem works cooperatively with organizations and institutions around the world including the Jewish Agency for Israel. Former Chairman and renowned leader Natan Sharansky, recalled Shalev's distinguished military career. He explained that he believes that we are engaged in fighting two battles:

"The first for the preservation of the memory of the Shoah and its victims, and the second against antisemitism – hatred of the Jews and the Jewish state. "In both of these wars you are the commander-in-chief… I know I can always go to you and count on your wisdom and understanding," he stated. "I am sure we'll continue fighting in the wars for Israel's future."

"You will be remembered in Israeli history as the person who took an institution of unparalleled importance that touches the most painful nerves in Israeli and Jewish society, and turned it into a magnificent institution that transforms the terrible tragedy into the legacy for future generations. It is an unimaginable challenge, complex and difficult, complicated and delicate, with great sensitivity and a moral duty second to none… your contribution will be remembered forever."

Yad Vashem could not fulfill its vital mission without the generous support of friends and partners worldwide. Representing the loyal friends of Yad Vashem around the world, Dr. Miriam Adelson, Patron of the Mount of Remembrance, mentioned that of the various Yad Vashem projects her beloved late husband Sheldon and she supports:

"We were especially proud of the International School for Holocaust Studies, one of Avner's brainchildren. There, teachers from all over the globe learn how to eternalize the Holocaust as a Jewish tragedy, and to warn against it recurring with any other people anywhere else on the earth. Avner was also central to taking Yad Vashem online. That move seems especially prophetic and wise nowadays, with so much learning and conferences like this event, being conducted by Zoom."

There is no doubt that making Holocaust remembrance relevant to younger people was Shalev's greatest achievement – through the building of a new state-of-the-art Museum Complex, harnessing new technologies for the sake of memory and global awareness, encouraging in-depth and widespread research into the Holocaust, and perhaps most of all, through training teachers from around the world to pass on the legacy and messages of the Holocaust in a culturally and age-appropriate manner in order to make the world a more tolerant environment for generations to come. When asked by Gevir if he could have imagined the impact that the International School would have on Holocaust education.

"I was motivated by a deep conviction that education is critical for Holocaust remembrance."

"Indeed. Your faith motivated to you work with various groups and constituencies until that became a reality."

"You recognized that Yad Vashem needed to be relevant to new generations, both in Israel and globally," she remarked. "You brought not only vision, but equally as important, you had the ability to implement that vision. That's a rare combination. You strengthened Yad Vashem's leading role in scholarship and you ensured that Holocaust education retained its singularity but also spoke to humanity at large, that the history and lessons of the Holocaust will always be essential for those who cherish liberty, justice and human dignity."

Over the years, prior to the outbreak of the Covid-19 pandemic, more than one million people visited Yad Vashem annually. Many world leaders, royals and media personalities come to Yad Vashem as a way to connect with the memory of the victims of the Holocaust and to hear their personal stories.  One of the many important heads of state who has visited Yad Vashem over the years and has become an "ambassador of memory" is German Chancellor H.E. Angela Merkel.

Merkel recalled that during his time as Chairman of Yad Vashem, Shalev

"formed partnerships with all German states that, first and foremost, seek to promote education. Yad Vashem offers teachers, including those from Germany, invaluable training at its International School for Holocaust Studies. The fact that Yad Vashem of all places builds bridges of reconciliation between Israel and Germany is not something to be taken for granted."

Shalev's dedication to commemoration through art – literature, theater, fine arts and music was echoed through his own reflection:

"I have no doubt that the message of the Holocaust is that we must live normal lives, lives in which we defend our values and our creations. Everyone must take from the Holocaust the imperative for the continuation of Jewish existence, each in their own way."

"The thing that moves me the most, every day, is your marvelous ability to develop and cultivate generations of researchers, educators, commemorators, curators and other professionals dedicated to Yad Vashem's mission. These are people who are doing their jobs not because they are forced to, but rather as full partners in instilling [Holocaust remembrance] in many generations and many people far beyond the borders of this country."

Novak presented Shalev with a piece of Holocaust art, a replica of the House in the Sun, Entraygues-sur-Truyère by Holocaust victim Léon Weissberg, who hailed from Przeworsk in Poland, the same hometown as Shalev's own parents. Gevir concluded the program by stating:

"The Yad Vashem family will continue to carry the torch and pursue the path that Avner Shalev has paved for us. We will continue his initiatives and develop new ones, according to the principles he has set forth. That is how we will perpetuate his legacy." 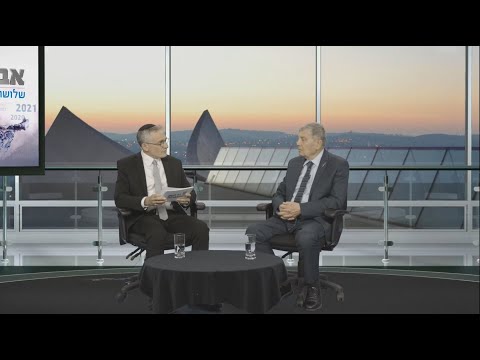