In the Krakow ghetto

In Masechet Brachot, many of the mishnayot focus on the prayers and their laws. During the Holocaust, in the context of the attempt to undermine the life, spirit and dignity of the Jews, the ability of Jews to uphold anything that went beyond the physical was restricted, for example, Jews could no longer set regular times to study Torah. Jews in the ghettos were often forbidden to gather in groups, which restricted any possibility of praying in a minyan – a quorum of ten. In many cases, individuals could not pray at the prescribed times due to the forced labor they were compelled to engage in.

Lodz, Poland, Men praying in a synagogue on Sukkot (a Jewish holiday) in the ghetto.

Within the reality of a policy deliberately aimed at denying freedom to the Jews in the ghetto, some managed to assemble for public prayers or find the time to devote to individual prayer, despite the grim conditions. Some even appealed to the rabbis with questions about how to observe the little that they were able. Those who succeeded in observing something of the public or private prayers in that chaotic world, despite the dangers and the supreme effort, gave those actions a deeper meaning, one that we too can draw inspiration from and delve into to gain a deeper understanding.

Krakow, Poland, Praying in the ghetto.

1. A survivor tells about the hiding place prepared for prayer in the Kraków ghetto:1

It was not long before we were forced to daven (pray) secretly and in hiding, and davening became very hard work for us, service [lit., “work”] of the heart. . . . In those days we had one redeemer who made our davening easier. He was a young man by the name of Nisan Kreidetz, a student of the great Chofetz Chaim, who managed to find us a safe shelter in which to daven. In one of the dim alleys that twisted and turned near the ghetto, there was a pit that was always covered with a sheet of wood. The sight of the pit was surprising; about 60 rickety wooden steps descended into the ground, that is, six or seven meters underground, to a rocky niche carved out of the bottom of the pit. The niche was about as high as an average-sized man, and the heads of the people who entered brushed its domed roof. The entire niche could hold no more than 15–16 people if they stood crowded together. It was so dim and dark inside that people couldn’t see each other inside the cave. . . This cave then became a place of prayer and supplication. That young man arranged a low wooden shelf inside the niche on which there were always talitot, tefillin, and a few books by his rabbi, the Chofetz Chaim. A glass with oil and a lit wick stood on the shelf, and Nisan would provide the oil and wicks every day.
There is no way to describe in writing how happy those moments were when we were in there. 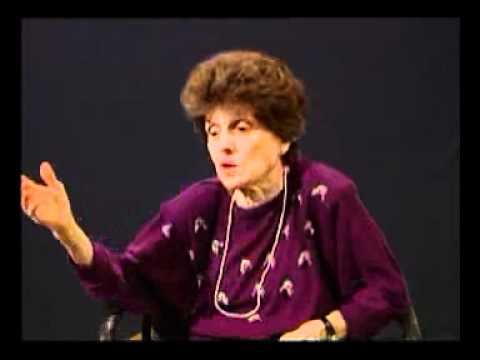 Lodz, Poland, A group prayer of children in the ghetto, probably in Marysin.

2. Reuven Ben-Shem (Feldshuh), who was imprisoned in the Warsaw ghetto2 with his wife and daughter, and who later commanded a unit in the Warsaw Ghetto Uprising,3 wrote in those days about his feelings during public prayer in the ghetto:

The kloyz is almost full. The cantor prays melodiously; you would never know from him and the worshippers that the world is on the brink of an abyss. They are wearing prayer shawls and tefillin. If you close your eyes for a moment and didn’t look at these people, at their skinny faces… but just listened to the hum of their prayer, you would be sure you had fallen into a house of God in a time of quiet and tranquility… there are young people, too, among the worshippers, and not just a few. They, too, are participating in creating an atmosphere in which the physical is forgotten and the soul is dedicated to sublime, lofty service totally removed from the oppression of the body and making the suffering of the moment pale in significance… I was suddenly suffused with warmth that I hadn’t felt since before the war. Someone, something, picked me up here, carried me, and deposited me in a congregation of Jews from the middle Ages who were fighting and dying for their religion… In the world are murder, violence, robbery, and deceit; in the street, cold; in the heart, anguish and pain; but above them all there hovers a different force, supreme and eternal- the force of generations past and future.

Ghetto Kovno inmates leaving via the main ghetto gate for forced labor duties outside the ghetto.

3. In the Kovno Ghetto,4 the Jews who wanted to don their tefillin (phylacteries) and say the morning prayers at the right time encountered a problem. They were forced to work at building an airfield that was about ten kilometers outside the city. The Jews were marched there every morning in military style, accompanied by armed soldiers. Leyb Gorfinkel describes the work as follows:

We did very hard labor [...] very arduous and grueling labor. [...] The Jewish workers had to stand for hours on end in the filth and mud up to their knees. Every shift was twelve hours long.

He also tells of the end of the work day:

For an entire hour, sometimes longer, we would stand on our tired feet and wait for the Germans to collect the workers in a certain place. [...] They hastened the Jews with shouts and blows to run certain sections on the way from the airfield to the ghetto. On more than one occasion, Jews died [...] during the run

In this terrible reality, a number of Jews turned to Rav Oshry,5 who was also imprisoned in the ghetto, with a question about prayer, which the rabbi documented in his book Mimaamakim:

Time and place: 22 Tishrei 5002 (1941), Kovno ghetto
Background: The hard labor in the airfield near Kovno began at four o'clock in the morning, when still dark.
The danger of death hovered over the heads of the forced laborers that came late to work. The work continued into the late hours of the night.
Question: Are the workers permitted to don tefillin, say the morning and Shema prayers while it is still dark outside, before they leave for work?
Response: The rabbi rules that it is permitted to don the tefillin and recite the blessings and Shemaprayer while it is still dark because this is a time of emergency, and their lives are in danger. As for the reciting of the Shema prayer, they should try to recite at least one verse later in the day, and if possible more.

4. Furthermore, in light of these conditions, questions of a more complex nature came up in the context of prayer, as expressed by a cantor named Avraham Yosef, who later perished:

One morning during prayer, Rev Avrohom Yosef, who was leading the congregation in the morning service, reached the blessing, “Who has not made me a slave,” and shouted bitterly to the Master of all Masters, “How can I recite the blessing of a free man? How can a hungry slave, constantly abused and demeaned, praise his Creator by uttering ‘Who has not made me a slave?’”
Every morning as he led the prayers, he let out the same cry! And many of those who joined him in prayer felt the same way. I was then asked for the Torah ruling on this question: Should the blessing be omitted because it seemed to be a travesty- in which case it would be forbidden to recite it- or was it forbidden to alter or skip any part of the prayer text established by our sages?
Response: One of the earliest commentators on the prayers points out that this blessing was not formulated in order to praise G-d for our physical liberty but rather for our spiritual liberty. I therefore ruled that we might not skip or alter this blessing under any circumstances. On the contrary, despite our physical captivity, we were more obligated than ever to recite the blessing to show our enemies that as a people we were spiritually free.

5. Years after the Holocaust, Rabbi Yehuda Amital of Transylvania, who spent part of his youth in the ghetto and labor camp, related how he felt when faced with the question of “How is it possible to pray?” in light of all the suffering he saw:

My whole concept of prayer comes from there. I saw people, fathers of children, men who had wives – they were all alone, they knew that their families had been taken but did not know where. And so I said to myself: “How is it possible to pray?” We knew from before that the foundation of prayer is gratitude towards God. I said: “What gratitude? People are sitting here without parents, without children.” That’s when I reached the conclusion, which I wrote about later, that one cannot base the worship of God on gratitude, that there is something beyond it. “Though he slay me, yet will I trust in him” (Job 12:15) – that is a higher level. That understanding was strongly impressed upon me then.