One-and-a-half million Jewish children were murdered in the Holocaust, the majority of them with no one to perpetuate their memory or even their names. This ceremony highlights excerpts from the diaries of three Jewish children, as well as poems and memoirs. 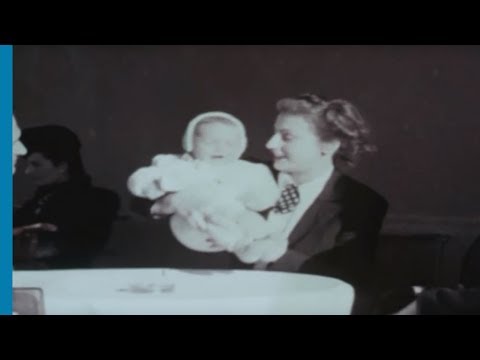 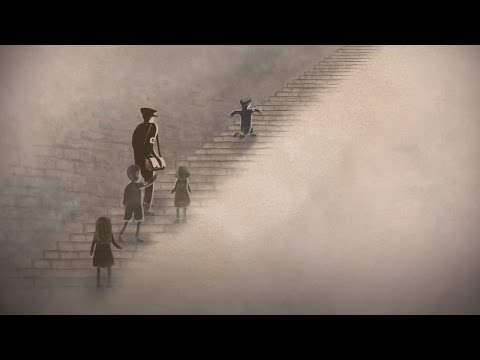 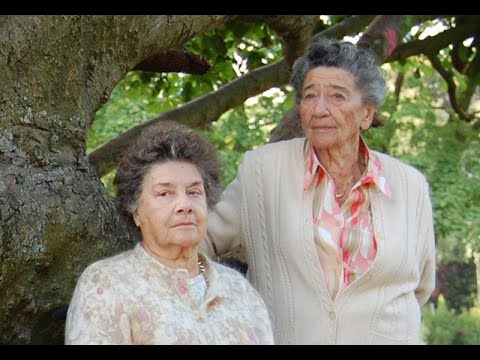 Materials needed for this ceremony: copies of passages to be read aloud (those below), distributed by the facilitator to the students. One student, or the teacher, may narrate. Six students are assigned reading parts, one for each of the three children whose diaries are excerpted, one for the poem "A Dream," and two for the poem "Each of Us Has a Name." Solemn background music is appropriate; suggestions for other musical pieces are noted at the relevant places in the ceremony.

Optional: The teacher may choose to incorporate other material. We have prepared texts for Psalm XXIII ("The Lord is My Shepherd"), and for Jewish students, Hebrew prayers.

Narrator:
On January 27th, countries around the world commemorate the tragedy known as the Holocaust. Between 1939 and 1945, six million Jews were murdered by the Nazis and their collaborators. Of these, one-and-a-half million were children and teenagers. Whole families were destroyed during this period, and thus the names and identities of many Jewish children still remain unknown. A few of them kept diaries, and some of them were discovered at a later date. Today we will read from some of those diaries.

Most of these children enjoyed a relatively normal, worry-free childhood before the Second World War. Whether from Poland, Germany, Hungary, or Lithuania, they were born into Jewish communities that had existed in Europe for thousands of years.

Design Suggestion:
Eva Heyman was born and lived in Nagyvarad, Hungary. Her diary begins with a description of her thirteenth birthday, where she lists the presents she received:

"February 13, 1944. I've turned thirteen, I was born on Friday the thirteenth. [...] From Grandpa, [I received] phonograph records of the kind I like. My grandfather bought them so that I should learn French lyrics, which will make [Mother] happy, because she isn't happy about my school record cards except when I get a good mark in French [...] I do a lot of athletics, swimming, skating, bicycle riding, and exercise. [...] I've written enough today. You're probably tired, dear diary."1

Narrator:
David Sierakowiak was born in Lodz, Poland. He began keeping a diary at age fifteen while attending a Jewish summer camp in southern Poland. It is obvious from the diary that he greatly enjoyed his time there, especially hiking. His love of nature is reflected in his writing:

"July 4, 1939. We went on a hike rich with splendid thrills. After breakfast, we set out in the direction of Pieniny [...] I had put on thick winter boots, which really came in handy. We climb easily. Suddenly we find ourselves on a high spot, and when we look down to one side, we stop in surprise. The mountain falls in a sheer cliff down a 100-meter precipice, threatening the viewer. [...] Below flows the Dunajec, winding in thousands of curves, with its bare, rocky banks glittering here and there."2

When I grow up and reach the age of 20,
I'll set out to see the enchanting world
I'll take a seat in a bird with a motor.
I'll rise and soar into space

I'll fly, sail, hover,
Over the lovely faraway world,
I'll soar over rivers and oceans
Skyward shall I ascend and blossom,
A cloud my sister, the wind my brother.
[...]3

Design Suggestion:
As the following section deals with the theme of impending danger, you may insert more dramatic background music.

Narrator:
Although the fate of Jews differed greatly under Nazi domination, the unfolding of events followed similar lines for our young diary-keepers. The German occupation severely disrupted the children's lives.

Eva Heyman was still only thirteen when the Germans invaded her hometown. Despite her tender age, she had a sense of the unfolding danger.

"March 19, 1944. Dear diary, you're the luckiest one in the world, because you cannot feel, you cannot know what a terrible thing has happened to us. The Germans have come!" 4

"September 8, 1939. Lodz is occupied! The beginning of the day was calm, too calm. In the afternoon I sat in the park and drew a sketch of a girlfriend. Then all of a sudden the terrifying news: Lodz has been surrendered! German patrols on Piotrkowska Street. Fear, surprise [...] Meanwhile, all conversation stops; the streets grow deserted; faces and hearts are covered with gloom, cold severity, and hostility."5

Narrator:
Nazi persecution of Jews was swift and brutal. For the children, school was disrupted and often halted altogether, and many Jewish pupils were forced to support their families by working or smuggling.

"I was six years old. It was the first day of school in September, 1941. [...] Marisha, my best friend, invited me to come with her to school. We met in the morning and walked together with a lot of other children. We reached the big high gates. The watchman of the school was standing by the gate. [...] Marisha went through the gate, and I followed her, as the watchmen greeted her.

"'To school, to the first grade,' I said proudly, and continued walking. The watchman blocked my way. 'No, not you.'

"[...] I did not cry. I thought: I'm Jewish. There is no place for me. I stood there until no one stood in front of the school. Only me. The new school year had begun. But not for me."6

Narrator:
Hannah had been left out. She was no longer a part of society, and she began seeing herself as an outsider. For Jewish children, merely going to school became a special privilege.

"Tomorrow is the first day of school. Who knows how our dear school has been? My friends are going there tomorrow to find out what's cooking, while I have to stay at home. I have to! My parents say that they are not going to lose me yet. Oh, my dear school! [...] Damn the times when I complained about getting up in the morning and about tests. If only I could have them back!" 7

"I am finally going to school tomorrow. Coeducational classes! There are great girls there, they say. Only let our education be normal."8

Narrator:
For the Nazis, kicking Jews out of school wasn't enough. Jews were forced out of their homes and had to leave most of their belongings behind as they entered ghettos.

Eva realizes the new harsh reality of the ghetto:

"May 10, 1944. Dear diary, we're here five days, but, word of honor, it seems like five years. [...] The most awful thing of all is that the punishment for everything is death. There is no difference between things; no standing in the corner, no spankings, no taking away food, no writing down the declension of irregular verbs one hundred times the way it used to be in school. Not at all: the lightest and heaviest punishment – death."9

Narrator:
Food in the ghettos was strictly controlled by the Nazis. The rations they allowed per person were inhuman: in Poland, less than ten percent of the minimum daily requirement. Many Jews died of disease, starvation, and exhaustion, a condition that was grimly referred to as "Ghetto Disease."

"May 24, 1941. I'm damnably hungry because there isn't even a trace left of the small loaf of bread that was supposed to feed me through Tuesday. I console myself that I'm not the only one in such a dire situation. When I receive my ration of bread, I can hardly control myself and sometimes suffer so much from exhaustion that I have to eat whatever food I have, and then my small loaf of bread disappears before the next ration is issued, and my torture grows. But what can I do? There's no help. Our grave will apparently be here." 10

The following poem should be read aloud by the narrator.

It was all figured out by a German scientist:
If they're starving, they won't have the strength to resist.
They won't think of planning revolts or living underground,
But only of how a piece of bread might be found.
They won't rebel in any way,
When they're counting the potatoes in the soup today.
The gnawing hunger was always on my mind,
To anything else I soon became blind. [...]
I realized no matter how small the ration,
They couldn't rob my imagination.11

Because of deportations to the Nazi extermination camps and the many deaths within the ghetto, entire families were torn apart. In 1942, David Sierakowiak's mother was taken to a hospital, which David knew meant inevitable deportation to the camps. He writes:

"[...] They say that Mom is unrecognizable, which makes her slender chances even less. At times such shudders and heart palpitations come over me that it seems that I'm going insane or delirious. Even so, I'm unable to turn my consciousness away from Mom, and suddenly, as though I divide, I find myself in her mind and body. The hour of her deportation is coming closer, and there's no help from anywhere. [...] Nothing will fill up the eternal emptiness in the soul, brain, mind, and heart that is created by the loss of one's most beloved person." 13

Design Suggestion:
You may insert a song in your native language, relating to themes of anguish or loss.

At the very end of Eva Heyman's diary, three days before she was to be deported, Eva writes:

Narrator:
Eva was caught by the Nazis along with her grandmother and grandfather, and sent to the Auschwitz-Birkenau extermination camp where she was murdered. She was only thirteen years old.

We conclude with the poem "Each of Us Has a Name," by the poetess Zelda. The following poem is formatted to be read aloud by two students ("A" and "B").

Each of Us Has a Name / Zelda

A:   Each of us has a name
given by God
and given by our parents

B:   Each of us has a name
given by the mountains
and given by our walls

"Don't Forget Me" - Children's Personal Albums From the Holocaust