Eleazar (Spiegel) Shafrir was born in Krakow, Poland in 1924. He was raised in a Zionist family and studied in the “Hebrew Gymnasium”. His father, Mordecai was arrested by the Gestapo at the beginning of the Nazi occupation and sent to Auschwitz, which at that stage was a detention camp for political prisoners. In December 1940 a telegram was received informing the family that he had died from a stroke. 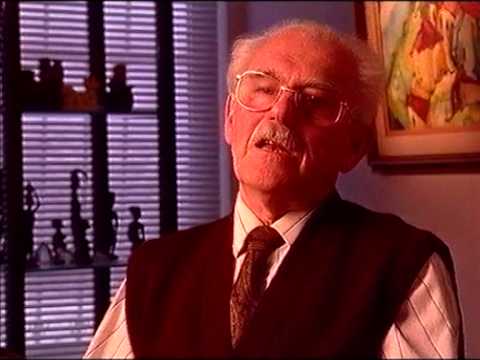 Eleazar, his mother Rosa and his sister Ora were forced into Ghetto Krakow in 1941. His mother was subsequently deported to Belzec death camp and murdered. His sister was murdered in the street during the Ghetto’s liquidation.

Eleazar was sent to Plaszow concentration camp where he survived the harsh conditions until December 1943, when he and a friend Yechiel Steiner decided to escape through the barbed wire enclosing the camp.
With the assistance of the Polish underground Eleazar obtained an Aryan identity card and information on how to reach Hungary. The two friends managed to attach themselves to a company of French soldiers that had managed to escape from German Prisoner of War camps and together they reached Istanbul. Jewish Agency representatives there provided him with a “Certificate” that enabled him to immigrate to the land of Israel in March 1944.

Eleazar lived first in Tel Aviv and completed his studies at the “Balfour Gymnasium”. In 1946 he moved to Jerusalem and began to study chemistry at the Hebrew University on Mt. Scopus.

His studies were interrupted by the battles of the War of Independence. Following the UN declaration of the creation of the state, Eleazar was conscripted along with other students and sent to the aid of the settlements of the “Etzion Bloc”.

On his return to Jerusalem in the “Nebi Daniel Convoy” Eleazar was injured, but recovered to fight in the battles for the besieged Jerusalem in the “Moriyah Battalion” and later was attached to the “Harel Brigade” of the “Palmach”.

Eleazar fought in many well-known battles in Jerusalem, among them the battles in Katamon, Bak’a, Mekor Haim, Sheikh Jarrah and others.

After the War of Independence Eleazar returned to his studies at Hebrew University, which had relocated to buildings in the center of Jerusalem. He completed his degree in chemistry, and continued his studies while working in the research labs of the Hadassah Hospital.
Completing his doctorate, Eleazar advanced in his field and joined the faculty of the Hadassah Medical School and was appointed Professor. He proceeded to establish the “Center for the Study of Diabetes” of the medical faculty.

On the 50th anniversary of the establishment of the State of Israel, Eleazar lit a torch in the state ceremony on Holocaust Remembrance Day.

"Let them make Me a sanctuary that I may dwell among them”: The Yad Vashem Synagogue
$48.00
Buy Now