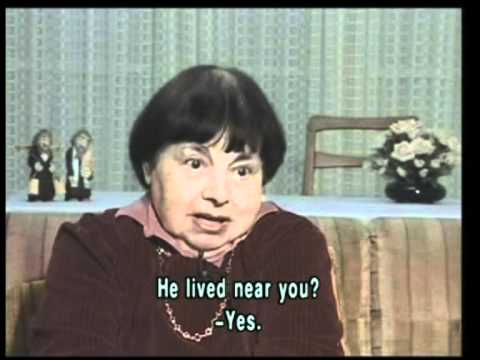 Anton (Antos) Sukhinski was a loner and an outcast. Some even described him as the village idiot. He never married, and lived – always on the verge of poverty – in a small modest house in Zborow. His neighbors often made fun of him because of his gentle nature and his love of all living creatures. But at the time of total moral collapse, when the great majority either participated in the murder of the Jews or indifferently turned their backs on their neighbors, it was Anton Sukhinski – the village idiot – who stood up for his beliefs and in stark contrast to his surroundings preserved human values. Without any help or support he was responsible for the survival of six people.

The Zeigers knew Suchinski from before the war. Following the first waves of killings in Zborov, the remaining Jews were put in a ghetto and then in a labor camp. Despite the periodic killing raids, the Zeiger family was reluctant to accept Sukhinski's offer of shelter. It was only when in June 1943 rumors spread that soon all the remaining Jews of Zborov would be killed, that they decided to trust the eccentric man with their lives.

The Zeiger family consisted of the father, Itzhak, the mother Sonya, and their two sons, Shelley and Michael, aged 6 and 8. They took along another woman who was a family friend and Eva Halperin a young girl who had lost her entire family in the killings and was alone in the world. When they arrived at Sukhinski's home they found out that he was already hiding a 16-year-old girl by the name of Zipora Stock. Sukhinski hid them in his cellar.

Eventually the neighbors found out about the hiding Jews and began harassing them and their rescuer, extorting money from them. When Zeiger decided not to give in any longer to the villagers’ blackmail, he drew a revolver and a shooting fight ensued. The woman who was hiding with them was killed.

Being afraid that the shots would draw the Germans' attention and in fear of the neighbors, the fugitives decided to flee. But the hostility they encountered and the cold and snow soon drove them back to Sukhinski's home. He welcomed them warmly, hid them in the attic until, with the help of Itzhak Zeiger, he had dug another hideout.

For nine months they remained cramped in a small dark hole with no room to move and only a small kerosene lamp to provide light. The fear of being detected was so strong that they did not dare leave the hiding place. Sukhinski would bring them whatever food he could find as well as remove the bucket that served as a chamber pot. Providing food for six people was a very hard task for a poor man like Anton. In addition he lived under the constant terror of being discovered by his neighbors and by the Germans. Danger was close. At one time the militia and Germans searched the premises and interrogated Sukhinski. Another time the Germans were in the basement adjacent to the hideout, and the hiding Jews stuffed their mouths with rags so that no sound could escape. Had they be found, it would be not only their end, but also the death of their benefactor.

Finally the day of liberation came, and the trapdoor opened. After a first moment of panic – they had thought that their hiding place had been discovered – they saw Anton’s reassuring face. It was only then that they left the small hole for the first time in nine months. They could hardly walk and were blinded by the light.

After liberation the six people from the hiding place stayed together for a while; then they set out to build new lives. The Zeigers emigrated to the USA, Eva Halperin went to Uruguay, and Zipora Stock left for Israel.

Sukhinski was recognized as Righteous Among the Nations by Yad Vashem in 1974.