The Jewish Refugee Problem During the Shoah (1933-1945) Reconsidered 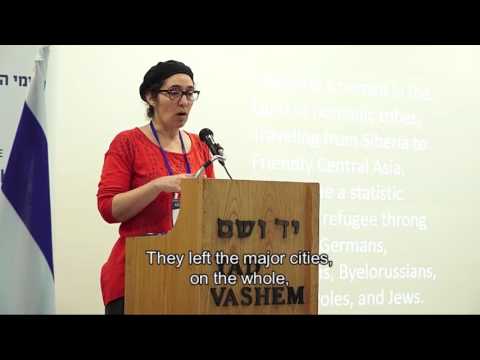 Eliyana Adler, Associate Professor in the Department of History and the Program in Jewish Studies at Pennsylvania State University 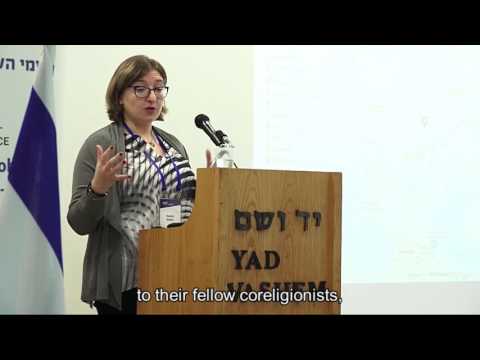 Natalie Belsky, Assistant Professor of History at the University of Minnesota, Duluth

Some 50 years ago, the issue of the Jewish refugees during the Nazi period occupied a relatively central place in Holocaust research. Although the topic did not disappear completely, from the mid-1970s, Holocaust research increasingly focused on the persecutors and the mass murder during the “Final Solution.” The fall of communism in Eastern Europe and the opening of archives there further accelerated this process. With additional insights gained since then in terms of Holocaust research in general, and in light of the acute refugee problem in recent years, the International Institute for Holocaust Research organized an international conference in December 2016 to reconsider the topic of Holocaust-era refugees.

The biennial international conference was attended by researchers from Germany, the Czech Republic, Croatia, Austria, the US, Greece, Serbia, Lithuania, the UK and Israel. Yad Vashem Chairman Avner Shalev opened the conference by calling on the world to wake up with regards to what is happening in Syria – both the crimes being perpetrated there and the powerful wave of refugees fleeing the country. “In the past few weeks and months, the world has witnessed the renewal of bloodshed in Syria," he said, and expressed his deep concern over “the appalling images of the massacre of human beings in the area of Aleppo." He emphasized that “following WWII, the global community enacted universal principles and instituted international organizations with the express purpose of averting future crimes against humanity. World leaders and the global community must put a stop to these atrocities and avert further suffering, as well as provide humanitarian assistance to the victims seeking safe haven.” The conference’s lectures sketched a broad image of waves of refugees that surged during the 1930s and 1940s in Nazi-occupied areas and in free territories (in Europe, North and South America, and the USSR), and relations between Jewish and non-Jewish refugees on the one hand and between different groups of Jews on the other. Prof. Norman Goda, from the University of Florida, Gainsville, delivered the keynote address about refugees in the 1930s and 1940s from the perspective of James McDonald, who served as “High Commissioner for Refugees (Jewish and Other)" coming from Germany in the years 1933-1935.

Other topics discussed in depth included international Jewish organizations and the refugee crisis in Europe; Jewish refugees in Croatia in the shadow of the Holocaust; Turkish policy towards Jewish refugees during WWII; Jewish refugees in Tehran during the war; and the role of the Italians in the fate of the Jewish refugees aboard the illegal immigrant vessel Pentcho. During the third day of the conference a special session on the topic of the Jewish refugees in the USSR was held by the International Institute’s Moshe Mirilashvili Center for Research on the Holocaust in the Soviet Union. Eliyana Adler of Pennsylvania State University spoke about Jewish refugees from Poland who traveled to Central Asia during the Holocaust, and Sara Bender of the University of Haifa focused on the problem of Polish Jewish refugees in the eastern Polish territories annexed to the USSR from 1939-1941. The conference’s concluding discussion summed up the picture that emerged from the lectures and raised insights into the contemporary refugee problem. This panel featured Prof. Deborah Dwork of Clark University, Yad Vashem Academic Advisor Prof. Yehuda Bauer, Yad Vashem Chief Historian Prof. Dina Porat and Prof. Guy Miron of Yad Vashem and the Open University, Israel. The participants emphasized that the policy vis- à-vis refugees of the various countries that absorbed refugees during WWII became tougher as the problem worsened, and the conditions for the refugees varied greatly from country to country, albeit with some similar basic experiences. Regarding insights concerning refugees today, panel participants pointed out the altered place of antisemitism in the current discourse on the topic as compared to the Holocaust period, and that refugees during WWII had to leave Europe, whereas today they come from the Third World and the Mediterranean to Europe, which points to a change in the place of Europe in the awareness of those seeking refuge

The Holocaust in the Crimea and the North Caucasus
$39.00
Buy Now