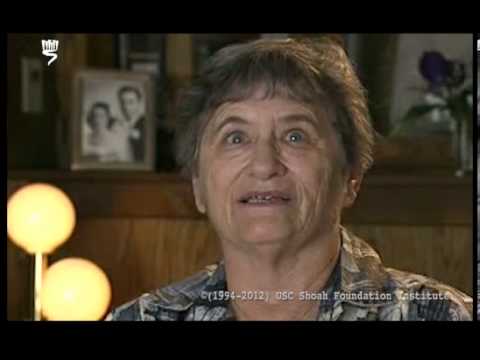 In May and June, 1942, Reinhard Heydrich (head of the SS Sicherheitsdienst, or SD), Fritz Sauckel (who organized the employment of forced labor for the German armament factories) and Adolf Eichmann (the SS official in charge of Jewish Policy), visited Paris. In June and July 1942 the French administration in charge of the Jewish question in France was replaced by a German one. As a result, French anti-Jewish policies were exacerbated. At dawn on the 16th of July, 1942, some 4,500 French policemen began a mass arrest of foreign Jews living in Paris, at the behest of the German authorities.

Over 11,000 Jews were arrested on the same day, and confined to the Winter Stadium, or Velodrome d’Hiver, known as the Vel’ d’Hiv, in Paris. The detainees were kept in extremely crowded conditions, almost without water, food and sanitary facilities. Within a week the number of Jews held in the Vel’ d’Hiv had reached 13,000, among them more than 4,000 children. Children between the ages of two and 16 were arrested together with their parents. Among those detained were Jews from Germany, Austria, Poland, the Czech Republic and Russia. Though many Jews had been forewarned of the danger, they had assumed the deportation would only target men, as they had in the past; consequently, women and children did not go into hiding. In the week following the arrests, the Jews were taken from the Winter Stadium to the concentration camps of Pithiviers and Beaune-la-Rolande in the Loiret region south of Paris, and to Drancy, near Paris. At the end of July and the beginning of August, the Jews who were being detained in these camps were separated from their children and deported. Before deportation, each prisoner’s head was shaved, and his or her body was subjected to a violent search. Most of the deportees were sent to Auschwitz and murdered. More than 3,000 babies and children were left alone in Pithiviers and Beaune-la-Rolande. At the end of August and during the month of September these children were deported alone, among adult strangers, in sealed railway wagons, to Auschwitz, where they were murdered.

The French reactions to the arrest and deportation of Jews varied between active collaboration with the Germans, indifference, and empathy toward the persecuted Jews. Most of the civil administration and the French policemen who had been allocated to conduct the arrest collaborated with the authorities. A minority, however, tried to aid Jews in escaping, either by turning a blind eye toward escapees, or by actively aiding such escapes and providing Jews with hiding places. Many elements within French society – leading figures in the Church, the press and the underground – expressed revulsion at the events and protested against them. Public condemnation of the arrest and deportation of Jews was primarily sparked by the difficult sight of women arrested along with their babies. This negative public sentiment found its way into the official reports of governmental authorities and even the police.

The Vel’ d’Hiv round ups, organized by the French authorities and carried out by French policemen, became engraved in French national memory as a symbol of the responsibility of the regime and the French nation for the Holocaust of the Jews of France.

Search & Research, Lectures and Papers 12: Righteous Among the Nations in France and Belgium
$12.00
Buy Now

The Story of Three Jewish Families in Paris During the Holocaust