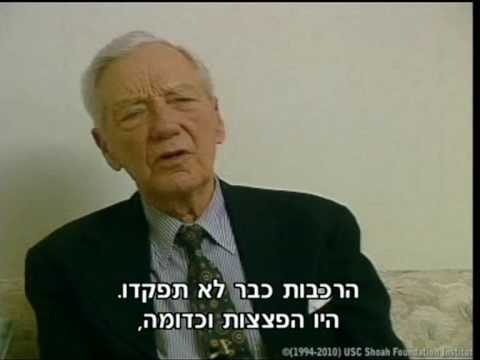 Working with Raoul Wallenberg: Righteous Among the Nations Per Anger's testimony 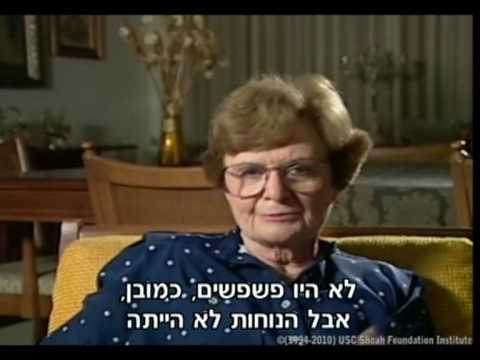 A Swedish Rescuer in Budapest

After the occupation of Hungary on March 19, 1944, the Swedish degation launched a rescue operation to save Jews from being deported to the death camps. The newly created American War Refugee Board decided to work with the Swedish government in order to help Hungary’s Jews. Soon the Swedish legation in Budapest reported that they were under enormous pressure of Jews seeking protection in the form of passports or visas. They asked to send a special envoy whose principal task would be to deal with passports. It was decided to appoint Raoul Wallenberg as secretary in the Swedish Embassy in Budapest with full diplomatic privileges. Before leaving, Wallenberg asked to be given a free hand and authorization to meet with Hungary’s leaders.

Wallenberg was born in 1912 to a prominent aristocratic banking family. He studied architecture in the United States before joining his family’s business. In the early 1940’s he made several business trips to Nazi occupied countries, including Hungary. This made him become a witness to Nazi Germany’s policies.

Wallenberg arrived in the Hungarian capital on 9 July 1944 with a list of Jews whom he was to help and 650 protective passports for Jews who had some connection with Sweden. However he soon widened the scope of his work and began to issue thousands of protective letters and to purchase houses which he put under the Swedish flag thus making them ex-territorial, and where he housed Jews for extra protection. The protective letter authorized its holder to travel to Sweden or to any of the other country Sweden represented. About 4,500 Jews had these papers, which protected them from forced labor and exempted them from wearing the yellow star.

In October 1944, the situation in Budapest took a turn for the worse. Although the Red Army was already approaching, the fascist "Arrow Cross" seized power and established a reign of terror. Jews were being killed in the streets; others were dragged to the Danube river where they were shot or drowned in the freezing water. The number of Jews with protective papers quickly rose. Wallenberg used unconventional methods, including bribery and blackmail, in order to finance and run his huge rescue operation. He soon employed approximately 340 people in his office. In view of the grave situation, he began to issue protective papers without distinction, and had 32 buildings protected by Sweden, with 2 hospitals, and a soup kitchen. Wallenberg together with other legations and international organizations set up the international ghetto, protected by the neutral countries. Jewish youngsters who looked "Aryan" served as guards; some of them were especially bold and wore "Arrow Cross" uniforms.

With the establishment of the Arrow Cross rule, Eichmann returned to Budapest on 17 October 1944, and immediately ordered the deportation of the city’s Jews. The protective letters were declared null and void. After protests by Wallenberg and his colleagues, they were reinstated, although it should be noted that the Arrow Cross regime had little respect for documents and legalities. The plan to deport the Jews to the camps was paralyzed for other reasons – the railway lines were too close to the front. Not wanting to give up, Adolf Eichmann ordered a "death march" of tens of thousands of persons to the Austrian border. Wallenberg and representatives of other neutral countries followed the marchers in their vehicles, and distributed food, clothing and medications. He was able to extricate many Jews from the death march by claiming that they were his "protected" Jews. He continued to distribute passes even when the Arrow Cross guards threatened him with their guns.

Wallenberg’s bold methods put him in great danger, but he never thought of stopping. He remained in the city during the Soviet siege of Budapest with the "protected" Jews and threatened the German commander and the Arrow Cross leader not to go through with the idea to harm the remaining Jews. Before the Soviets entered the city, he told Per Anger, his colleague in the Swedish legation: “I’ve taken on this assignment, and I will never be able to go back to Stockholm without knowing inside myself that I’d done all a man could do to save as many Jews as possible”.

When the Soviets entered the city, Wallenberg was taken away by Russian soldiers supposedly to meet with the top Soviet general Malinovsky. This was on 17 January 1945. He must have felt danger, because as he was led to the Russian vehicle he said: “I don’t know whether I am being taken as a guest of the Soviets or as their prisoner”. Wallenberg, who was 32 years old at the time, was never seen again. In the first years after his disappearance, the Soviets claimed that they had no knowledge of a person named Wallenberg. Nevertheless, people who were incarcerated in Soviet prisons claimed that they had met him in various prisons. In 1956, the Soviets finally stated that he had died in prison in 1947.

The Soviet announcement was greeted with skepticism in the free world. In 1989 Wallenberg’s diplomatic passport, cigarette case and other items came to light in the basement of the KGB headquarters in Moscow and were returned to his family. Yielding to political pressure a Russian-Swedish working group was created, and its findings were submitted in 2000. By now 55 years had passed since his disappearance. The working group confirmed that Wallenberg had probably died in prison in 1947; no definite conclusion had been reached as to the circumstances of his arrest, death and the Soviet regime’s refusal to reveal the details of his fate.

On November 26, 1963, Yad Vashem recognized Raoul Wallenberg as Righteous Among the Nations.

His mother asked not to receive the honors in his name, believing that her son would one day return. Only after her death, in 1979, was a tree was planted in Wallenberg’s honor in the Avenue of the Righteous at Yad Vashem. In 1987 Wallenberg was awarded honorary Israeli citizenship. He was also awarded honorary American citizenship by the United States Congress. This motion was promoted by Congressman Tom Lantos, whose life was saved by Wallenberg. In his address, delivered by his daughter at the UN Holocaust remembrance events in January 2008, Lantos paid tribute to Wallenberg: "During the Nazi occupation, this heroic young diplomat left behind the comfort and safety of Stockholm to rescue his fellow human beings in the hell that was wartime Budapest. He had little in common with them: he was a Lutheran, they were Jewish; he was a Swede, they were Hungarians. And yet with inspired courage and creativity he saved the lives of tens of thousands of men, women and children by placing them under the protection of the Swedish crown."

Many memorials were erected worldwide in recognition of Wallenberg’s legendary work; institutions and streets bear his name; his story is documented in films, books and articles, and he has become one of the most widely known representatives of rescuers of Jews during the Holocaust.