Book of Names opening at the United Nations Headquarters in New York, 26 January 2023 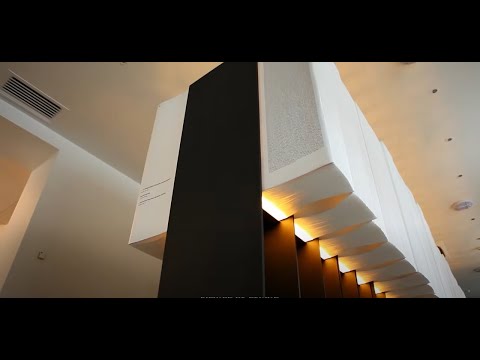 The new "Book of Names of Holocaust Victims" is a monumental installation (2 meters high, 8 meters long and a meter deep) – a literal book with tangible, searchable pages containing the alphabetically arranged names of 4,800,000 Jewish men, women and children murdered by the Nazi Germans and their collaborators during the Holocaust. The names in the Book have been meticulously gathered over the past 70 years by Yad Vashem, the World Holocaust Remembrance Center, from a range of sources, including Pages of Testimony. Empty pages at the end of the Book leave room for over a million names of Holocaust victims still to be recovered.

Yad Vashem to Unveil "The Book of Names" in the UN Headquarters, 26 January 2023

About the Central Database of Shoah Victims' Names 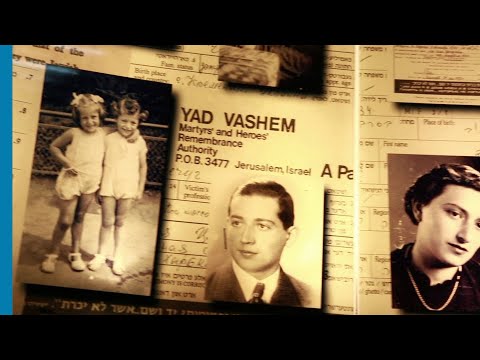 The Search for the Names of the Six Million Holocaust Victims

The collection of the names of the millions of victims of the Holocaust has been central to Yad Vashem's activities for the past 7 decades. It is at the heart of Yad Vashem's name, Yad Vashem, 'a name and a memorial, as taken by the Biblical verse from Isaiah 56:5, ″And to them will I give in my house and within my walls a memorial and a name (a ΄yad vashem΄)... that shall not be cut off.″ The Book of Names is a monumental instillation to gather the over 4 million names of the victims into a tangible memorial. Search Central Database of Shoah Victims' Names >>>>

Submit Names to the Central Database of Shoah Victims' Names

Many of the 4,800,000 names that are included in Yad Vashem's Central Database of Shoah Victims' Names come from Pages of Testimonies submitted by family and friends. You too can add names to our database. Submit a Page of Testimony in memory of a Holocaust victim from  your family. Together we will restore the identies of the nameless six million Jews murdered by the Nazi Germans and their collaborators. Submit names to the Central Database of Shoah Victims' Names >>>>

About the Symphony No. 6 "Vessels of Light"

Yad Vashem commissioned Symphony No. 6 "Vessels of Light", inspired by the heroic actions of Japanese Vice-Consul Chiune Sempo Sugihara alongside the Honorary Dutch Consul Jan Zwartendijk who together issued life-saving visas to thousands of Jewish refugees during the Holocaust, and have since been recognized by Yad Vashem as Righteous Among the Nations. For more information about this a moving, large-scale symphonic work, click here.

From the Middle Ages until the end of the 18th century, Yiddish was the common tongue of most European Jews. Yiddish is a West Germanic language historically spoken by Ashkenazi Jews and originating during the 9th century in Central Europe. This provided the Ashkenazi community with a High German-based vernacular which was fused with many elements taken from Hebrew and Aramaic and providing a writing system primarily using the Hebrew alphabet.

About the Righteous Among the Nations

About the Ready2print Righteous Among the Nations Exhibition

What was the Holocaust?

The Holocaust was unprecedented genocide, total and systematic, perpetrated by Nazi Germany and its collaborators, with the aim of annihilating the Jewish people. More...

What Is Yad Vashem

Photos and Video from the Mount of Remembrance