Flashes of Memory - Photography during the Holocaust 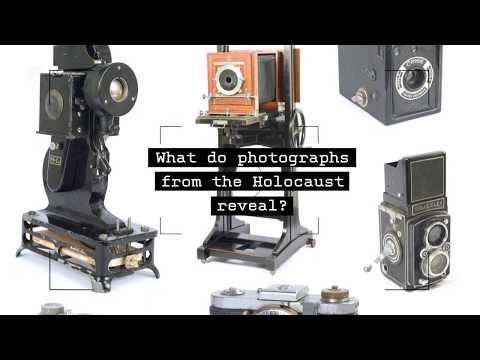 Flashes of Memory: Photography during the Holocaust

The camera, with its manipulative power, has tremendous impact and far-reaching influence. Although photography purports to reflect reality as it is, it is essentially an interpretation of it, since elements such as worldview, values, and moral perception influence the choice of the object to be photographed as well as how it is presented. When visual documentation is also used as a historical document, its use requires attributing the greatest of importance to these components.

Different agencies photographed during the Holocaust. For the Nazi German regime, photography and film-making played a crucial role in propaganda as a means of expression and a tool for manipulating and mobilizing the masses. This kind of documentation attests to Nazi ideology and how German leaders sought to mold their image in the public eye. Conversely, Jewish photography was a component in the struggle for survival of the Jews imprisoned in the ghettos, and a manifestation of underground activity that testified to their desire to document and transmit information on the tragedy befalling their people. The Allied armies, who understood the informational value of photographing the camps they liberated, documented the scenes revealed to them, bringing in official photographers and encouraging soldiers to commemorate the Nazi horrors as evidence for future war crimes trials and in an effort to re-educate the German population.

This exhibit presents a critical examination of documentation through the camera lens, focusing on the circumstances of the photograph and the worldview of the photographer, while referring to the Jewish photographers’ different and unique viewpoints as direct victims of the Holocaust.

All items on display are replicas of the originals.

Fridays and Holiday eves: 08:30-14:00
Yad Vashem is closed on Saturdays and all Jewish Holidays.

Artifacts from the Holocaust