In the spring of 1940 some 164,000 Jews were incarcerated in the Lodz ghetto with no electricity or water. Exploiting Jewish labor, the ghetto lasted for over 4 years under the leadership of the controversial Chaim Rumkowski. In early 1942 deportations to Chelmno began.
Read More... 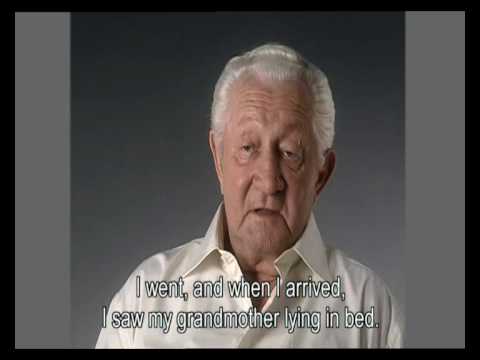 Daily Life in the Lodz Ghetto 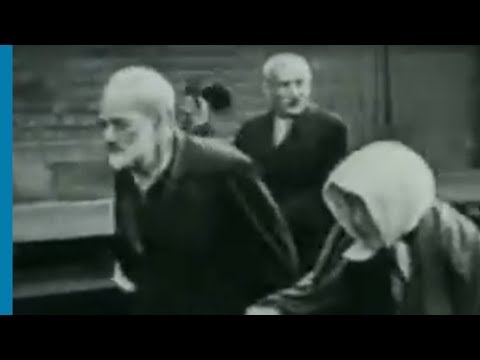 Deportation from the Lodz Ghetto

Report by Uebelhoer on the Establishment of the Ghetto in Lodz, December 10, 1939

Address by Rumkowski to the Officials of the Judenrat in Lodz

Address by Rumkowski to the Officials of the Judenrat in Lodz

The ghetto in Lodz, Poland’s second largest city and major industrial center, was established on April 30, 1940. It was the second largest ghetto in the German-occupied areas and the one that was most severely insulated from its surroundings and from other ghettos. Some 164,000 Jews were interned there, to whom were added tens of thousands of Jews from the district, other Jews from the Reich, and also Sinti and Roma. The ghetto, although intended to be a temporary transit facility, lasted for more than four years after the interests of local Nazis led to a decision to exploit the Jewish labor force.

In the spring of 1940, the Lodz ghetto was sealed from the rest of the world by a wooden fence surrounded by additional barbed-wire fences. The Jews were packed into the ghetto with no electricity or water. Disease and starvation rapidly diminished their numbers.

Mordechai Chaim Rumkowski, the domineering, controversial chairman of the Lodz Judenrat, believed that labor would give the Jews an opportunity to go on living and the hope to survive. Thus, he established a multifaceted system in which the Jews of the ghetto worked for the Germans, including “Ressorts” (workshops) that employed even young children. The Germans, however, regarded the ghetto’s output as a mere pause in the task at hand – extermination.

In January 1942, deportations from Lodz to the Chelmno murder site began, where the Jews were murdered by means of gas vans. Rumkowski was forced to prepare lists of candidates for deportation and organize the rounding up of the Jews. He was unsuccessful in his attempts to lower the quota of Jews for deportation. By the end of the year almost half of the Jews interned in Lodz had been murdered in Chelmno. The murder of the Jews of the Lodz ghetto and the surrounding areas continued intermittently until January 1945.

Children in the Holocaust