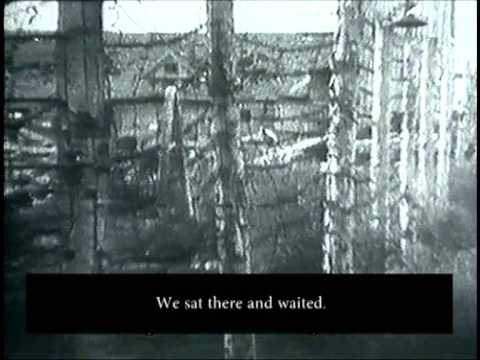 Abraham Goldberg was born in 1923 in Altburg, Germany, one or two children to a family of Polish origin. In October 1938, all the Jews of Polish origin were deported to Poland, and Abrahams family moved to Lvov.

In 1941, the day of the German invasion of Lvov, Ukrainian policemen entered Abraham's house and took him to the central prison. In the prison the Jews were ordered to run between two rows of German policemen who had bayonets attached to their rifles with which they wounded the Jews or stabbed them to death.

When it was his turn to run, Abraham pretended to stumble, allowing the wounded and dead to fall on top of him. He was, therefore, loaded into a carriage together with the corpses and the wounded, from which he managed to flee to his home.

In November 1941, the Jews of Lvov were moved into the ghetto, and soon after, due to the overcrowded and unsanitary conditions, over 30,000 people perished from an outbreak of typhus. Abraham and his father were deported to the Janowska camp, which was infamous for the cruelty of its commanders. Abraham's mother, who feared for her son and husband's fate, managed to persuade a Wermacht officer by the name of Hans Hartman to ask that they be transferred to his unit. Gebauer, the commander of Janowsb, told Abraham and his father they would be released; however, he ordered the guards to shoot them. For the following three days, Abraham and his father stood near the camp's gate without food or water, until Hartman was able to arrange for them to be taken to the ghetto.

Once in the ghetto Abraham and his father continued working in Hartman's unit. Every few weeks mass actions toolplace in the ghetto, and Abraham, in one of his attempts to find a hiding for his family, was caught and severely tortured bythe Gestapo. On the day of the ghetto's liquidation, his mother and sister were executed in the killing pits adjacent to Lvov.

Abraham and his father were transferred to a different work unit, and managed to flee with the help of a Polish man who supplied them with forged documents. They arrived at the city of Dniepropetrovsk where they remained until the Red Army liberated the city in 1944.

In 1949 Abraham immigrated to Israel. He has two daughters and six grandchildren.