From the personal file of Rachel Izrailskaya – her handwritten CV 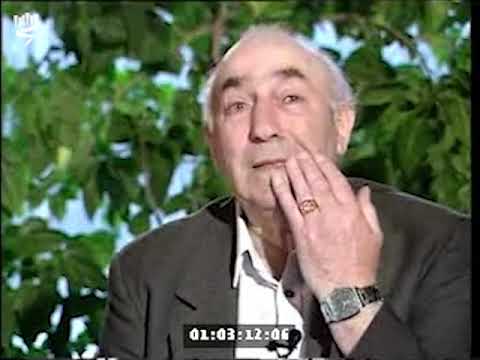 Under the Soviet rule we can observe two opposite tendencies in Mogilev: an impressive  Jewish presence and an increase in the number of Jewish institutions on one hand and signs of the gradual decline of the pre-revolutionary Jewish life in the wake of  Sovietization on the other. The numbers of the Mogilev Jews grew from 16,758 in 1923 to 19,715 in 1939. The Jews were active in the social, economic and cultural life of the city. One third of the city council members were Jewish in 1924.  In 1928 a Jewish collective farm (a Soviet type of agricultural community) was established in the Mogilev area, numbering 22 families two years later. At the same time, the Jews continued to be prominent in their traditional professions and trades. The important place of the Jews in the social life of Mogilev at this time is further manifested in the establishment of a Yiddish department in the Mogilev court of Justice. A Jewish library and several Jewish schools functioned in the city.  The prolific activities of prominent Jewish artists such as the writers David Pinski, Eliezer Zweifel and the actor Aharon Maskin testify to the robust Jewish cultural life in Mogilev. Nonetheless, as the Soviet rule took root, particularly throughout the 1930s, the Jewish life in Mogilev underwent significant socio-cultural and occupational changes which characterized not only the Mogilev Jews but the Jews of the Soviet Union at large. These were due in part to Jewish attempts to adapt to the new reality of the Soviet rule and in part to the gradual implementation of the Sovietization policy which entailed a comprehensive offensive on religious institutions, national organizations and free trade.1

Points for Discussion in the Classroom:

I, Izrailskaya Rachel Solomonovna [daughter of Solomon], was born in 1915 into an ‘urban’2 family [...] in the city of Mogilev. My father was a teacher and passed away in 1929. My mother is a housewife who depends on me for her livelihood. I graduated from a seven-year school in 1930 and worked at a sewing factory until 1933. At the same time I studied at the "workers' faculty" in the evenings. […] In 1934 I was accepted into the State Technical Institute of Minsk  from which I graduated with a construction engineer’s degree in April 1940. […] During the wartime between 1942 and September 1944 I worked in the military heavy metal industry in Almaty.3

Sorkin: I, Sorkin Nachim Gershkovich, was born in 1923 in the city of Mogilev. My father was Gershok Davidovich Sorkin. My mother and father were born in 1882. We had my grandpa living with us. I remember before the war, as grandpa was walking home from the synagogue, he slipped, fell down and broke his leg. He remained all this time bedbound, lying in bed at our home. He was a teacher of the Jewish [Yiddish] language. There were no schools. The Jewish schools had been shut down. He walked from house to house wherever he was invited and taught the Jewish language to the kids .

Interviewer: What kind of school did you go to?

Sorkin: I went to the Mogilev school no. 11. It was a very good school built in 1939  - referred to as a "Stalin school" at that time - not far from home. My sister attended the same school – one sister and the other sister.

Interviewer: Was it a Belarusian school?

Sorkin: It was a Belarusian school but we did not attach any significance to what kind of school it was. We didn't care. We were learning Belorussian, Russian and German languages as well as other general education disciplines.

Interviewer: Were there any Jewish schools in the city?

Sorkin: A Jewish school was there probably until 1936-7.

Points for Discussion in the Classroom: